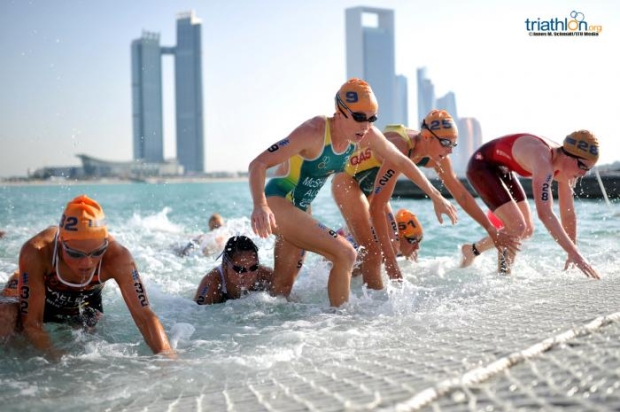 The first race of the year is always tough for me as I never know exactly how its going to unfold due to lack of knowledge of both mine and my competitors competition form. I was satisfied with the work I’d invested through my pre season but training and racing don’t always perfectly align, especially this early on. 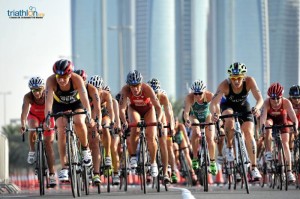 I was excited to test myself in the World Series opener in Abu Dhabi on Staurday and to find out exactly where the past few months of training had put me.
I didn’t have a great swim and ended up in one of the chase packs early into the 40km bike leg that took us straight in front of the Emirates Palace (not that I had the luxury of a mid race selfie). Fortunately, I was surrounded by motivated and strong riders and in the final 10km of the ride we were able to reel in the front group. Now with around 40 athletes coming into a tight and technical transition together I did my best to find a safe position, a move that proved handy with a pile up right before the dismount line that I avoided relatively unscathed.

Onto the run I wasn’t exactly sure how my form was and I also knew I had to be quite cautious in the heat. I started off conservatively and it quickly formed into a group of around 6 of us at the 2.5km mark. Already a few athletes had gone off the front aggresively and opened up a decent gap in front of us.

Towards the latter stages of the 10km I was gaining confidence in my fitness – I was comfortable and knew I had something more left in me. Our group didn’t split up much and coming into the last 500m of the race I turned up the pace and put pressure on to see if the other girls were a little less fresh. Once we got into the blue carpet with about 100m to go there was still five of us together all fighting for 7th-12th place. I pushed as late as possible and ended up in 8th. 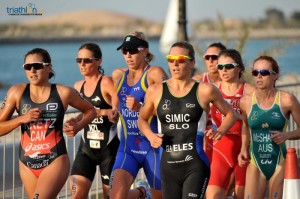 It’s a very solid start to the World Triathlon Series for me and with 5 weeks to Gold Coast WTS, my current focus, I couldn’t be happier with my progress so far. I feel like I still have a lot I can improve on over the next few weeks and I’m looking forward to pushing my limits!