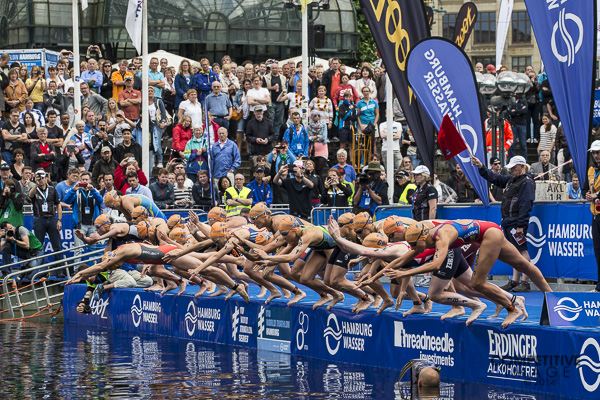 Hamburg was my most disappointing race in 2013, but I was really looking forward to going back as its an exciting course, in a cool city with an atmosphere unlike any other triathlon I’d done before.

It was once again a sprint distance and with a few warm days leading up the water had warmed up enough to make it non- wetsuit. Hamburg is known to be one of the roughest swims on the circuit and with 65 athletes on the start line and only 165m to the first buoy its no surprise. This is a scenario that I have struggled with in the past and I’ve been working on. It normally takes a lot of mental strength for me to convince myself amongst all the fighting that I won’t drown! I started in the middle of the pontoon, i.e. right in the thick of it. I had a bad start and was pushed and pulled but I managed to get back on track and exited the water relatively unscathed and still in a good frame of mind! 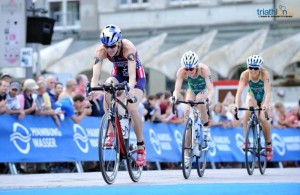 I was just off the back of the first group, so I spent the first lap doing all I could to chase it down. I knew the girls up front would be riding hard from the get-go so I couldn’t let up. I managed to get on to the group at the end of the first of six laps only to realise a few of the girls at the back had dropped wheels and opened up another gap. So I spent the next lap chasing some more with fellow Aussie Emma Jackson trying to again make contact with the lead group. We eventually managed to bridge the gap around 6km through the 20km leg. The ride was very dynamic, with the girls always pushing the pace up the front. I found it incredibly hard even when I was in the group due to the work I’d put in earlier on. But I made the group, which is important.

I could really feel the effects of the ride as soon as I started the run. I kept telling myself that I’ll get better as I settled in – but I didn’t. I am really disappointed as I’ve been putting a lot of effort into my run lately and I wanted to put it into action in Hamburg. I crossed the line in 28th, far from what I had anticipated however I still managed to fight my way back into the race, which is more than what can be said for last year.

I was fortunate enough to have another opportunity the following day racing for Australia in the World Mixed Team Relay Championships alongside Aaron Royle, Emma Jackson and Dan Wilson. The mixed relay is a relatively new format, with 17 countries taking part and each team member does a 300m swim, 6km ride and 1.6km run. It’s incredibly fast and exciting! 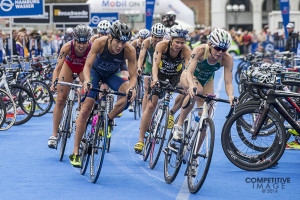 I started off first and its fair to say I felt a lot of pressure not to let my teammates down! I had a really good swim, which was important in such a short race and it put us in a good position from the start. I tagged Aaron in 6th and not too far from the leaders. Aaron and Emma moved us further up the field and Dan finished off for us to cross the line in 4th! It was a very fun and exciting way to race and I am happy I had the opportunity!

I now have a few weeks to firstly recover before building back up for the back end of the season.