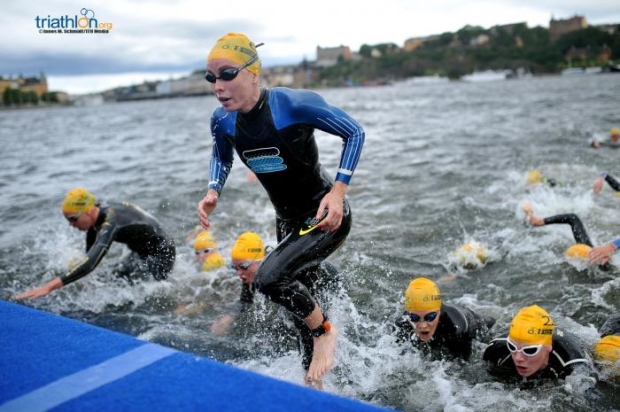 This weekend was my 5th time racing in Stockholm World Triathlon Series. It is one of my favourite races on the circuit as it has always featured a more challenging bike course than many of the series events. Cobblestoned streets, nasty little hills  and a huge number oftight, technical turns in each lap winding through an incredibly beautiful part of the city. 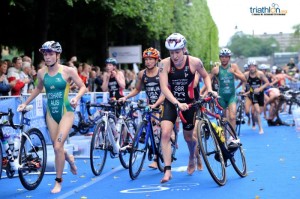 When I arrived in Europe six weeks ago I had a break away from structured training to physically recover and mentally reset. Since then I’ve worked on building my fitness backup to the level I was at for the Yokohama event. Stockholm for me was going to be the right timing and level of competition to gauge the extent of my rebuilding fitness. 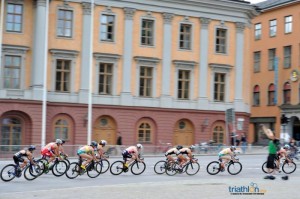 The swim was in front of the city hall and due to strong winds and the undercurrent, it made the water very rough – easily the choppiest water I’ve ever raced in! As soon as we dived in I wasn’t quite sure where I was in the field or who was around me. I remained in this tumbling bubble until I got out of the harbour at 1500m. As I exited the water I noticed some familiar names around me and I knew I’d have to put pressure on myself in transition and immediately on the bike if I wanted to be near the pointy end of the race. 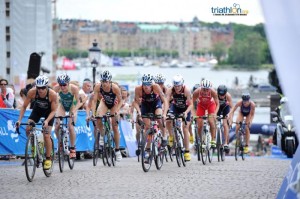 There were a couple of groups which had already formed within the first lap but I was fortunate to be surrounded by some very strong cyclists who I was able to work with and move forward. We effectively formed a group of around 12 with one solo rider still off the front – the determined and tunnel-visioned Flora Duffy! 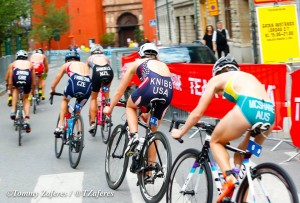 The course was a little different this year but still included the steep cobbled hill which we rode up each of the 9 laps. It was also more technical than previous years with lots of tight turns in narrow streets through the Old Town of Stockholm – It was a very interesting course but also made it incredibly tough with non-stop series of braking and accelerating. I tried to stay up close to the front of the group at all times to minimise the risk of crashing. Most of the girls in my group were pushing hard on the bike which was good for positioning once the 40km was done…if you could hold on! 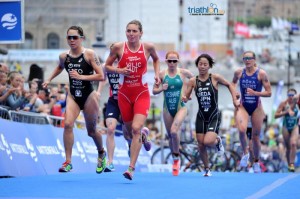 As I started the run I could feel the effects of the ride on my legs. I just couldn’t go at the pace with the front few girls and they put quite a lot of time into me in the first lap. Heading into the second lap of 4 I started to feel a bit more like myself and picked up my pace and each lap I picked off a couple of people. The race finished at the very top of the steep cobbled hill and as it was approaching I realised I was going to end up having a sprint finish with the strong Kiwi, Nicky Samuels. After a tough 2 hours of racing a sprint finish on a steep hill isn’t going to be the most fun way to end it! I managed to get Nicky at the very end and I crossed the line in 7th which also moved me up to 8th in the World Triathlon Series rankings. Flora remained off the front and took out the race in impressive form. 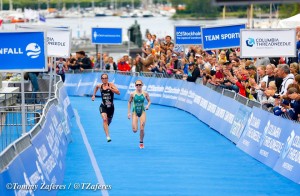 After a challenging couple of months, I am pretty happy with the result. I am very grateful for the support I’ve had from everyone around me that have allowed me to take time to refocus and plan out the rest of my season. I’m looking forward to building back up for the rest of the year!