Has it sunk in yet?

I couldn’t tell you how many times I’ve been asked that in the last couple of months. And I still don’t have an answer.

I’m not sure what exactly I’m meant to feel. Winning in London was SO cool. It was a massive relief to finally have a race completely go to plan and it was an awesome feeling to have my family there watching. But a few days after the race I was back training as normal and, apart from having an extra spring in my step, not much had changed.

I hadn’t ever won a major event before, and I guess I always thought I’d feel like a different person if I ever did… But truth is, nothing changed. I was still quite critical of some aspects of my race, and my immediate focus was on what I could do to improve next year. It wasn’t until my end of season break that I could sit back and appreciate the improvements I had made in 2013, and I think that’s important as an athlete. To continue improvement you need to be highly critical but if you don’t take time to reflect on the positive, there never really is any positive. 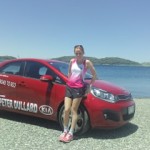 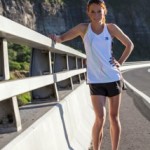 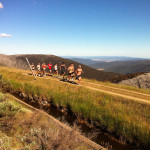 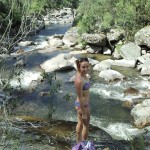 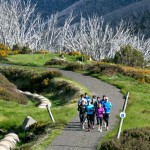 So that’s what I did. In November, I had 3 weeks where I practically did zero exercise. I spent time with my family (including my beautiful 1 year old niece, Isla), caught up with friends and basically just enjoyed life. As an athlete, you’re somewhat restricted in what you can do for about 11 months of the year, so I make sure I make the absolute most of it when I can… and anyone who knows me can see quite obviously I did just that.

It all passes very quickly and I’m now back in Falls Creek in the Victorian mountains preparing for 2014.  I like this time of year. I’m unfit, everything hurts and I’m reminded of my mortality every session. When you’re fit and ready to race, running hard is easy…. At the moment, just running easy is hard. Each stroke in the pool feels abnormal. It’s not fun but it’s refreshing. There’s no pressure, no times to hold and I don’t get frustrated when I’m not capable of holding a certain pace. Each day I get fitter, leaner and stronger – it’s always positive. Big pains mean big gains.

And that’s how I’ll spend the next few weeks along with the rest of my training group. I’ll have a short break at home over Christmas & New Year, then will be back to Falls Creek early January (and hopefully slightly closer to feeling immortal)